I recently attended the first ever Green New Deal Network Convention (GNDN) in Chicago. I was excited about the opportunity to listen and learn about the Green New Deal Network and the frontline, Indigenous and grassroots organizations that make up its membership. The purpose of the convention was to: understand the current political landscape and further a united front to fight for climate justice; share recent challenges and opportunities of state based work and power building; discuss and create 2023 GNDN objectives; plan and advance strategies to make the IRA funding impactful for our communities, discuss the organizing approach outlined in the Grassroots Power Project Home - Grassroots Power Project, and share success stories from state and national leaders of how they have done and support base building work.

The room was filled with super organizers including Tom Goldtooth of the Indigenous Environmental Network, Bineshi Albert of  the Climate Justice Alliance, Lauren Maunus of the Sunrise Movement, and my friend and colleague from the Delaware Working Families Party, Reji Gregoire. These leaders and others brought to life through narrative the purpose of the GNDN which is to build a multi-racial, working class, cross sectoral united front to advance a Green New Deal agenda at the intersection of racial, economic and climate justice. Their focus was on anti-racism, good green union jobs, and a just transition to a fossil free economy. Their theory of change was based on building a united front with the recognition that no single sector has the power to win transformative climate justice demands. That only together can we shift the balance of power and political demands away from corporate greed.

One big takeaway for me was that there were opposing voices among the delegates but all were heard and respected. There was a faction that I found myself in alignment with that were unable to endorse the IRA because it funds further fossil fuel projects. These organizations and their leaders were still a big part of the GNDN and their ideas about how best to move forward were championed. I also found the building framework approach to legislative, electoral, narrative, organizing, and united front power a useful model. These five types of power are all in constant interaction with each other, together build governing power, and when implemented make the movement building as important as the win.

I was inspired by many hardworking passionate people from across the country including Michaela Stith whose salmon based community in Alaska is threatened by the Pebble gold mine and Sikowis Nobiss of the Great Plains Action Society who are fighting being a big agriculture sacrifice zone in Iowa. Not only are they fighting industry, but also must work with members of their own community who want the luxuries that come from capitalism and industry. We may not have solved the climate crisis at the convention, but we were a shining example of working together across diversity through storytelling, community, and respect. I believe we all left more determined and fortified to work towards an immediate cultural shift that is necessary to address our climate crisis in time. 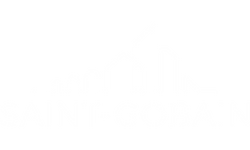