This week, Delaware Valley Green Building Council traveled to Pittsburgh to meet with staff at Green Building Alliance (GBA), our peer organization in Western Pennsylvania, and other community stakeholders to discuss the formation of a 2030 District in Philadelphia.

2030 Districts bring together property owners and managers with professional and community stakeholders and local governments to work collaboratively to leverage financing and shared resources with the intent of voluntarily reaching aggregate reduction goals. Through the 2030 District structure, these stakeholders measure progress toward reaching the 2030 Challenge for Planning goals as prescribed by Architecture 2030.

By participating in a 2030 District, property owners and managers gain access to a network of peers to share strategies and best practices, gain access to tools and resources to improve upon the performance of and add value to their assets. By assessing, tracking, and improving upon energy efficiency, water use, and transportation emissions, property owners and managers can realize cost savings while also lessening their environmental impact.

Where are we in the process? 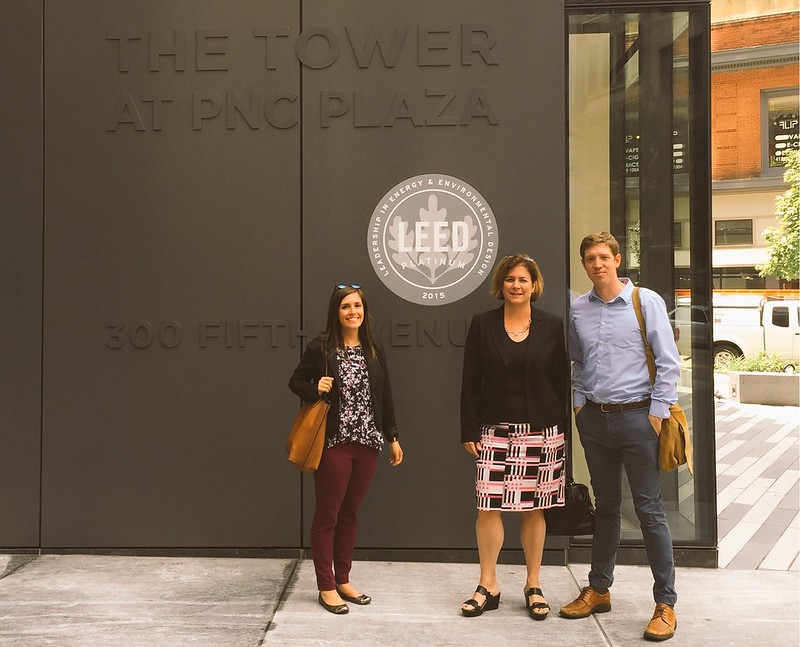 The Pittsburgh 2030 District includes Downtown Pittsburgh and Oakland and includes prominent property owners and managers including various hospitals, universities, developers, and all three of its professional sports teams!

While in town, DVGBC attended meetings with staff, community stakeholders, and 2030 District partners to share best practices and collaborate on statewide issues of importance with respect to the built environment.

We’re grateful to our partners at GBA in Pittsburgh for the warm welcome!